CHINA will reap benefits from controlling Fuga island so close to Taiwan, but is it willing to catch the fallout of turning the resort into a forward base in its creeping domination of the South China Sea?

Having mastered the art of land-grabbing, Beijing will find it easy adding Fuga to its chain of strategically located reefs in Philippine waters that it has built up and militarized while its friend in Malacañang looked the other way.

There are, however, many alarmed stakeholders, including Taiwan, South Korea, Japan and the United States, who oppose China’s controlling the vital South China Sea lanes where an estimated third of the world’s seaborne goods pass.

Including Fuga to China’s outposts will further firm up its SCS presence and establish a base close to Taiwan whose capitulation, by force if necessary, it has not bothered to keep secret as a goal.

One supposed plan is to have a Chinese private company to take over Fuga using the same tourism-casino formula that had brought in revenue to government coffers and some private pockets.

After the takeover, the island would quickly build an all-weather airstrip and a deeper harbor – enabling it to influence sea and air traffic in the Luzon Strait.

The strait connects the South China Sea, most of which China claims, and the Philippines (Benham) Rise and the West Pacific leading to the American bases in Guam, Hawaii and, farther east, the US mainland.

The immediate impact of Chinese control over Fuga would be on Taiwan which would suddenly face escalating threats as a renegade province of China. We do not see, or maybe we do not want to see, that happening in the immediate future.

The Duterte administration, even while sitting out the COVID-19 scourge and awaiting the vaccines promised by China and Russia, cannot ignore the pressure of peers and partners alarmed by the bellowing of the red dragon in the neighborhood.

President Duterte surprised us when he ordered on Aug. 6 the Cagayan Economic Zone Authority to set aside 20 hectares on Fuga island for a Navy detachment as recommended by CEZA Administrator Raul L. Lambino.

The week before that, on Aug. 3, we received from the CEZA chief this reply to our request for an update on the status of any intending private developer:

“We have not heard any word from Isla Fuga Holding Corp, the local company which owns the islands that is talking directly to local or foreign developers, nor from any foreign companies much less the Chinese. There are no development works at all on Fuga. I am not optimistic that any investments will come to the islands soon given the current world economic situation.”

We also asked Lambino earlier to comment on reports that if Fuga “fell into the hands” of China it would pose a threat to the security of the Philippines, to Taiwan and to the region.

He said: “The issue on national security has already been addressed and resolved with the Office of the National Security Adviser, and CEZA has offered to the Philippine Navy to put up a forward base on Fuga Island.

“Not only Chinese companies have signified interest to take a look at Fuga. There were Australian, Taiwanese, Malaysians, etc. that have come to us. CEZA has not entered into a formal agreement with any Chinese corporation for any development or investment on Fuga.

“Fuga is a privately owned island. We have no control nor any power to determine if anyone would want to invest therein or put up any business, local or foreign. CEZA can only come into the picture when a party interested to invest would want to avail of tax incentives, etc., then it can register with CEZA.

“The MOU between CEZA and Fong Zhi Enterprises is but an expression of the intent to engage in investment opportunities in the Cagayan Special Economic Zone and Freeport. Part of CEZA MOUs is the caveat that the MOU is not binding and is subject to a more definitive agreement/MOA and that the MOU is effective only within six months from its signing unless mutually renewed. This MOU had already effectively lapsed and CEZA has no more intention nor interest to renew the same.

“Fuga and the adjacent islands of Mabbag and Barit are owned by private entities who negotiate with investors, both foreign and local, and submit the same to CEZA as the authority managing and supervising the Cagayan special economic zone and freeport.”

The Fuga group was formerly owned by the Dominican Order of Friars, or Order of Preachers (OP), under the encomienda system during the Spanish Period. After the signing of the Treaty of Paris, it was returned to the Philippines.

Fuga is owned by Fuga Island Holdings Inc. whose affiliate Isla Fuga Pacific Resorts Inc. has the landholding rights and is the beneficial leaseholder of the islands. FIHI is majority owned by the family of Roger Serafica. Among the island’s previous owners were the Sycip family, Alfonso Lim and Tan Yu.

In its master plan, FIHI envisions a Fuga Island Garden City project, a “resort city that mixes business, pleasure, recreation, relaxation, fun, and adventure in a pristine, peaceful and exclusive commune with nature.”

Everything is quiet on Fuga, but speculations rage over what could happen to it if….

‘How nice it is to do nothing, then rest’

“HOW sweet it is to do nothing, and to rest afterward.” We were reminded again of this proverb we picked up in Spanish 101 (“Qué dulce es no hacer nada y luego descansar.”) 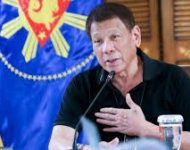 POWERFUL rulers also get sick, and even so-called strongmen waste away when their expiry dates catch up with them. So why should assistants of President Duterte hide it 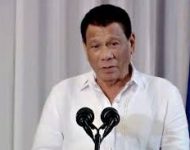 If Duterte flies out, then can’t return?

PRESIDENT Duterte said he did not sneak out on an air ambulance for medical treatment in Singapore over the weekend, but was just in Davao in what his spokesman called 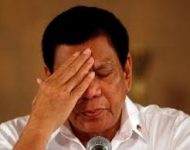 No, education isn’t being reinvented

THE resetting to Oct. 5 of the Aug. 24 start of the school year may look like a grace period, a welcome relief all around, but the seven-week extension still sees everybody cramming

Choose your vaccine: Chinese or Russian?

WE asked on Twitter the other day: “If you’ll need a COVID-19 vaccine before December and only the Chinese and the Russian vaccines are available by then, which vaccine

CHINA will reap benefits from controlling Fuga island so close to Taiwan, but is it willing to catch the fallout of turning the resort into a forward base in its creeping domination of the

WHEN schools open on Aug. 24, many of the expected 20 million+ students will not be in the usual classrooms but at home taking distance lessons being introduced to protect them from

THE COLD numbers look objective enough. Malacañang should just accept the fact, as shown by the official figures, that the Philippines has overtaken Indonesia in their

What if vaccine isn’t here by December? 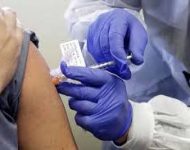 Arrest Gadon outright, like you did other citizens violating quarantine rules.

Nobody in the Duterte admin can or wants to stop Chinese intrusions into PH EEZ?

Just follow your conviction and you’ll be all right. And, yes, be sparing of the eggo when making a sandwich.

Duterte faces cancer risk? Palace says warning is old. It's an old line that he rolls out when he needs paawa drama effect.

"How sweet it is to do nothing, then rest afterward" -->back in Duterte's "perpetual isolation" in Davao.

Remember that June 12 photo at the Rizal monument with VP Robredo standing unflinching in the drizzle in a snappy salute?

Another indicator is the way the commander salutes. Watch Duterte and Robredo salute and you'll spot their true state of discipline. The soldiers notice this.

All that pa-macho is ruined by the umbrella. In the tradition of the service, no soldier, even the commander-in-chief, wields an umbrella!