NOBODY is pushing President Duterte to wage war with China to stop its aggressive encroachments and unfriendly activities in the West Philippine Sea.

What concerned citizens are saying is that the President should be more resolute, that he stands firmly on the side of Filipinos – to be more patriotic – when threshing out issues of sovereign rights, territorial integrity, national security, and economic opportunities.

War as the inevitable consequence of his fighting for Philippine interests is just a figment in the mind of the former Davao mayor who has mastered the art of using force or the threat of employing it in controlling people.

Foisting his false claim that critics are pushing him into blundering into war, Duterte has adopted a pseudo patriotic pitch that he loves his country so much that he would not drag it into a war it cannot win. But nobody’s dragging or pushing him into war!

Duterte asked critics identified with the previous administration where they were when China was grabbing strategic WPS features, despoiling the marine ecosystem, and building military installations. They have answered him with historical facts to refresh his memory.

Doing damage control, his apologists are now pulling Duterte out of the cul-de-sac built around his diversionary false claim about being misled into war. They are positioning him along the more peaceful paths of diplomacy in dealing with Beijing.

WOULD Duterte toe the new line drawn by his handlers? They better make sure he does not extemporize and stray from his script next time he talks on WPS issues and such sensitive subjects.

Note that he tends to fumble when he rambles. There have been times when his people had to mop up after him to clarify, explain, or sometimes even to reverse an indelicate statement blurted out in an unguarded moment.

This had led us to suggest that if the Palace continues to recast or deny public declarations of the President when they become contentious, all his statements, speeches and reports be made in writing under oath.

An example of how the Palace had to lie was when it denied what the President himself had said many times – that he has a “verbal agreement” with his friend Xi Jinping on the exploiting of resources in Philippine waters.

Without a written contract, and considering possible memory lapses of the senior leaders, it could be difficult to explain the intent and extent of the alleged agreement. Better to just deny its existence, which Malacañang did.

Duterte is increasingly finding his pro-China bias a political liability, partly also because Beijing itself has its own trust or public image challenges. In fact, Filipino resistance to its COVID-19 vaccines can be traced to that marketing problem.

WHILE the spokesman of the country in foreign relations is the President, it is crucial to the national interest that there be safeguards against his possibly dragging the country down the road to perdition for whatever reason.

Foreign policy is just an extension of domestic policy, meaning that it must serve the higher interest and welfare of the local constituency as best as it could be determined.

There are provisions for consultations and concurrence outside the President’s coterie. International agreements are normally entered into by the Chief Executive after such consultations, sometimes subjected to the ratification or concurrence by the Senate.

The presidential spokesman, diverting focus from Duterte’s warning of war, said Sunday: “The Philippines must pursue its claims by legal and diplomatic means. We must lay the basis for negotiation, by building a relationship of mutual trust and confidence, and without engaging in name-calling and brinkmanship.

“(The President) has never renounced our claims and entitlements, and in fact he and his administration have repeatedly and consistently asserted them in bilateral talks with China and in multilateral fora like the United Nations.”

This contradicts Duterte’s own statements that whenever he brought up with Xi the 2016 arbitral ruling at The Hague, the latter hinted at possible war, and that since the Philippines was no match to China, Duterte just dropped the subject.

On April 20, he said China is in “constructive possession” of disputed areas, and the Philippines or any force on earth cannot do anything about it short of waging war. He also said that raising the dispute before the United Nations was useless since even the UN cannot tell China to return areas it had seized.

IN HIS last “Tell the People” TV show, Duterte aimed at retired Supreme Court Senior Associate Justice Antonio Carpio: “If you’re bright, why did we lose the West Philippine Sea?”

Carpio replied: “In late 2012 when China seized Scarborough (Panatag) Shoal from the Philippines, I was in the Supreme Court. Despite not being part of the Executive branch, I recommended that the Philippines bring China to an UNCLOS tribunal to assail the validity of its nine-dash line which is its basis in claiming the West Philippine Sea.

“The Aquino administration agreed and filed the South China Sea Arbitration case in January 2013. The Philippines won a landmark victory when the tribunal issued its Award on July 12, 2016, invalidating China’s nine-dash line as without legal or factual basis. It ruled that China has no overlapping interest or claim to the Philippine exclusive economic zone in the WPS.

“Unfortunately, President Duterte, who had assumed office by then, announced he was ‘setting aside’ the arbitral Award in favor of seeking loans and investments from China amounting to US$22 billion. He even allowed China to fish in our EEZ despite admitting that there is not enough fish stock there for Filipino and Chinese fishermen. We import galunggong now from China, the same galunggong that the Chinese catch in the WPS.

“Worse, in early 2017 when already in Malacañang, President Duterte remained silent when China seized Sandy Cay. Sandy Cay is just two nautical miles from Pagasa, our largest in the Spratlys. China’s seizure of Sandy Cay has resulted in the loss of one-third of our territorial sea in Pagasa.”

CHINA may not need a full-time ambassador in Manila to speak for it and look after the interests of its nationals on issues involving the West Philippine Sea. It already has no less 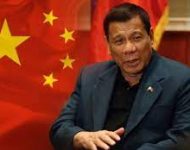 FOREIGN Secretary Teddy Locsin Jr. was not running out of paper for diplomatic protests, but must have been losing patience, when he hurled Monday a curse-laced message at 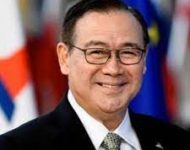 NOBODY is pushing President Duterte to wage war with China to stop its aggressive encroachments and unfriendly activities in the West Philippine Sea. What concerned citizens 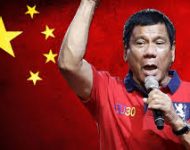 HAS President Duterte’s accepting COVID-19 vaccine donations from China affected his handling of such sensitive issues as Filipino fishermen’s survival, Chinese occupation of the 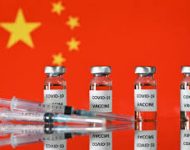 When we joined 26 COVID ‘millionaires’

THE Philippines gained entry Monday into the Millionaires’ Club of, so far, 26 nations that have logged more than one million coronavirus infections among the 220 countries and 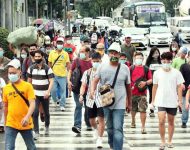 BIPARTISAN support in the US Congress is pushing legislation to improve community relations, law enforcement, and allied programs for better protection of Asian 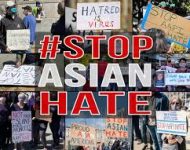 Bongbong has until May 7 to file an MR

CONTRARY to a misimpression, the decision of the Presidential Electoral Tribunal dismissing for lack of merit the protest of former senator Ferdinand “Bongbong” Marcos 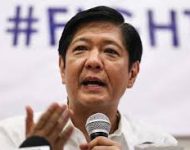 Virtual surrender of WPS to China?

WATCHING President Duterte’s “Talk to the People” show Tuesday night, we were jolted toward the end of his report when he virtually surrendered to China the West Philippine Sea 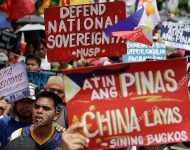 When Filipinos help one another in crisis 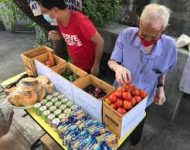 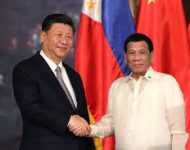 THREE months into his presidency, erstwhile Davao City Mayor Rodrigo Duterte announced his country’s “separation” from America and started talking of the Beijing-Manila-Moscow 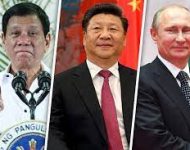 Reminds me of that old ad of RCA* showing a dog listening to a recording of his master's voice. At least the dog did not repeat what his master said. (*Radio Corp. of America)

Your part disagreement is well taken. Good point there. But those looking forward to the awakening of Fil voters must presume even without hard evidence that elections are not won largely via social media. We should strive to cultivate a positive presence on the ground.

If I recall right studies made by Marcos DoT parang ganonn din ang profile ng karamihan ngJapanese tourists noon who were workers who had saved enough to travel but were comparatively not refined. But the quality soon improved.

(Note that he's been vaccinated!) Vaccinated American doctor dies after travelling to India to help with Covid, say reports